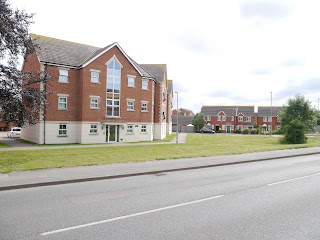 Well my Melton Mowbray Property Blog reading friends, as seems to be all the rage with Jeremy Corben asking the PM questions emailed in to him at Prime Minster Question Times, I to wish to answer a question emailed into me from a potential Melton Mowbray landlord last week. Nice chap, lives in Thorpe Arnold, and it turns out, after having a coffee with him, he works in IT, has a spare bit of cash (now the kids have flown the nest) and wanted to buy his first buy to let property.

His main question was ... Do I buy a freehold house or a leasehold flat in Melton Mowbray?

Most people will say freehold every time, because you own the land. However, it’s not as simple as that (it never would be would it!). The definitive answer though is to research what Melton Mowbray tenants want in the area of Melton Mowbray they want! The tenant is ultimately your customer, and, if they don't want to rent what you decide is best to buy, then you are not going to have a successful BTL investment. So starting with the tenant in mind and working backwards from there, you won’t go far wrong. In a nutshell, find the demand before you think about creating the supply.

Leasehold flats and apartments in Melton Mowbray are excellent in some respects as they offer the landlord certain advantages, including the fact a flat can be initially cheaper to buy. Yields can be quite good, offering better cash flow. The building will already be insured and yes there is a service charge, but it’s still for a service at the end of the day and that cost is spread between many others (i.e. when your freehold house roof goes, its falls 100% on your shoulders) and one of my favourites is that there is often no garden to maintain or blown down fences to replace!

However, some Melton Mowbray leasehold flats can suffer from poor capital growth. Some leasehold properties have no cap on the level of the service charge and it may get out of control. The length of the lease will significantly affect value if not renewed before it gets too short. Thankfully there’s not many, but some Melton Mowbray apartments/flats have burdensome clauses. Finally, with leases, there can be sub-letting issues – which means you can’t let them out.

I was really interested to note that of the 2,738 rental properties in the Melton Borough Council area that the Office of National Statistics believe are either let privately or through a letting agency, 476 of them (or 17.4%) are apartments. However, there are only 1,622 apartments in the whole council area (be they owned, council rented or privately rented), which represents 7.5% of the whole housing stock in the area. This really intrigued me that, quite obviously, there is a high proportion of Melton Mowbray’s leasehold apartments/flats rented to tenants compared to detached, semi’s or terraced. Fascinating don’t you think?

My advice to the prospective landlord as it is to you is do your homework.  What many Melton Mowbray landlords do, irrespective of whether you are a landlord of ours, a landlord with another agent or a DIY landlord, if you see any property in Melton Mowbray, that catches your eye as a potential buy to let property, be it a terraced house, semi or flat ... email me and I will email you back with my thoughts (although I will tell you what you need to hear .. not want to hear!)

Posted by Charlotte Baker at 10:44 AM