Melton Mowbray Landlords could be fined £33,000 per year 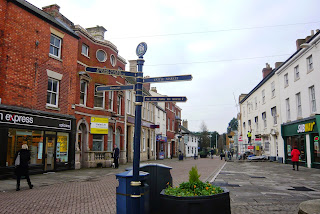 On a cold wet evening last week I met a landlord who had been self-managing his buy to let property over the last few years. He was worried with all the new legislation that had been introduced recently. He was particularly concerned about the up and coming ‘Right to Rent’ legislation, so as his tenant had handed in their notice recently, on this new tenancy he called us for our opinion.

Landlords will need to check the immigration status of any new tenants moving into properties from February 2016 or face a £3,000 fine. It is called the 'Right to Rent' rules. However, tenants should also be aware that as well as traditional landlords, tenants who sub let rooms and homeowners who take in lodgers, must also check the right of prospective tenants to reside in the UK.

He wanted to know how much of a real issue was ‘Right to Rent’ in Melton Mowbray. I was able to tell him, the last available figures (from a couple of years ago) show that 11 people (whom were registered as Non-UK Born Short-term Residents) moved into private rented accommodation in the Melton District Council area in one year alone. If all of those people weren’t supposed to be in the UK, that would be a fine of £33,000 to the landlords of the town.

It must also be recognised that landlords, by checking up on tenants, could potentially be accused of discrimination under the Equality Act. This is a real minefield for landlords, especially when you consider that not all of the 1,028 Europeans in the area necessarily have the right to live in the UK either.

In a nutshell, Melton Mowbray landlords will need to check and retain copies of certain documents that show a potential tenant has the right to live in the UK. These include ....
·         UK Passport
·         EEA Passport/Identity card
·         Travel document or Permanent Residence Card showing indefinite leave to remain
·         Paperwork from Home Office stating their Immigration status
·         Certificate of registration or naturalisation as a British citizen.

I hope the new law will target dishonest landlords who repeatedly fail to carry out Right to Rent checks by making it a criminal offence. This means they could face imprisonment for failing to check on their tenants. That is why more and more landlords are asking agents to manage their properties, so they can stay the right side of the law.
So what did our landlord do?

Well after our chat, he asked us to find a tenant and manage the property for him - he had seen my property blog and knew that we specialise in lettings.  Even better news for him, even though this would cost him agency fees, I was able to get him an additional £50 per month for his property (when we found him a tenant one week later). Now, together with the peace of mind we will keep him the right side of the law and put a stop to midnight phone calls complaining about dripping taps, it was a win-win situation for everyone.  www.meltonmowbrayproperty.com
Posted by Charlotte Baker at 1:32 PM