999 Melton Mowbray Homes bought by private landlords in the last 20 years – Is this the end for first time buyers? 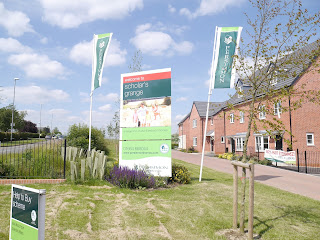 I had a chat with a local landlord and he wanted to know my thoughts on the future of the Melton Mowbray property market. People are always going to need a roof over their heads and somewhere to live will never go out of fashion – it’s a necessity for every single person.

The 22 to 30 year olds of the town have a choice to what type of roof they have ... they rent from the Council, they can rent from a private landlord or finally they can get a mortgage and buy one. In the 1970’s/80’s and 90’s, the expected thing was to save like mad for two years for the deposit (going without luxuries) whilst living at home or renting a cheap two up two down, then buy your first house. More recently fewer Melton Mowbray youngsters have been buying, choosing to rent instead – mainly from private landlords (as Councils have been selling off council housing on the Right to Buy Schemes). The numbers are truly staggering ... and I want to share them with you.

Roll the clock back 20 years and Melton Mowbray was a different place. There were 9,763 households in Melton Mowbray and 7,224 of those were owner occupied. Move to the present, and with all the building in the town, the total number of households has increased by 18.95% to 11,613 and quite surprising (to me at least), the number of owner-occupiers has increased to 8,237 (although as a proportion, it is only 70.9% compared to 73.9% twenty years ago).

However, it’s rented sector that is truly fascinating … twenty years ago, only 534 properties were privately rented in Melton Mowbray ... and now its 1,533, a rise of 999.

The twentysomethings of Melton Mowbray housing difficulties haven’t been helped by the local authority selling off council housing, with the number of council houses dropping from 1,364 to 1,176 over the same twenty-year period. Demand for decent rented property remains high, as Cameron’s much vaunted house building program is years away and has decades of under investment to catch up on before it starts to affect demand.

Even with the Buy to Let tax rule changes over the coming few years (which will see the maximum tax relief available to landlords drop from 45% to 20%), private landlords still have an important role to play in housing the people of Melton Mowbray and those who educate themselves and treat it as a business will survive and prosper.

The best way Melton Mowbray landlords can protect their income from property (and mitigate the affects of the tax rises) is to keep the homes they let out in Grade A condition. I have found, especially over the last three or four years, Melton Mowbray tenants have ever growing demands from their rental property, but many are prepared to pay ‘top dollar‘ for houses and apartments that meet their high expectations. You must not forget, letting property in Melton Mowbray (in fact anywhere) is a business, so all private landlords should also seek the advice, opinion and commentary of property professionals.

He also asked ‘What of the news of Stamp Duty changes for Landlords coming in April?’ My thoughts are with such low supply (i.e. numbers of property for sale), and high demand it is hard to imagine Melton Mowbray property values will see much impact – but I predict, ever so slightly, the proportion of owner occupiers should increase slightly compared to buy to let landlords in the coming decade as the the housing market should return to balance. For more in-depth thoughts on the Melton Mowbray Property Market, please feel free to give me a call on 01664 569700.
Posted by Charlotte Baker at 11:21 AM