Is the Melton Mowbray Property Market in crisis? 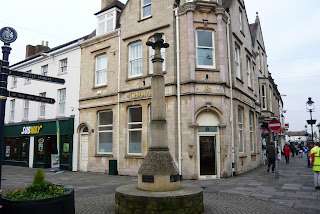 Since the 1960’s more people have owned their own home than rented but, for many young Melton Mowbray people, the dream of buying their own home is dying...or is it?

Since the turn of the Millennium, in Melton Mowbray (as in the rest of the Country) there has been a significant change in the proportion of people who own their own home in Melton Mowbray. In 2001, 76.5% of homes in Melton Mowbray were owner occupied, today the figure is 72.1%, a significant decline in such a short time.  Buy to let landlords can find tenants because young people say they cannot afford a deposit to buy unless they inherit money or are given a loan from the Bank of Mum and Dad.

In Melton Mowbray, only 49.26% of 25 to 34 year olds have a mortgage. When you compare Melton Mowbray against the national average of 35.93%, it just shows how different parts of the country have different housing markets. However, the really interesting fact is this  ...Roll the clock back to 1991 and nationally, 67% of 25 to 34 year olds had a mortgage.

After WW2, the supply of properties being built kept up with demand as millions of council homes were built (the most being built in 1950s, surprisingly under Conservative Governments!). Also private house building increased in the 1950’s, but especially in the 1960’s and 1970’s, and as the Country  got more prosperous it meant that by 1971, there were more home owners than renters.

However, since the 1970’s, the population has grown but the number of new properties being built hasn’t kept up at the same rate, the result is that there have been huge rises of property prices in the early ‘70s, the late 80s and more recently between 1999 and 2004. Interestingly, since the early 1970’s, out of the 34 richest countries in the world, the UK has seen highest property prices rises.

95% mortgages have been available to first time buyers since late 2009, but with property prices rising by 193.7% since the Winter of 1995 in Melton Mowbray, as property prices have been rising and first time buyers have been saving, the amount they have to save is continually rising at the same time. The stress on saving even for that kind of deposit, coupled with the new stricter mortgage rules introduced in 2014, means that most 20/30 something’s in Melton Mowbray are renting instead of buying.

The issue quite simply comes back down to a lack of new homes being built. In Melton Mowbray, only 187 properties a year are being built whilst the population is rising by 240 a year. The supply of new homes has been limited by planning laws, local councils not having the money to build council houses, hard hitting green belt limitations, and our old friend NIMBY’ism.  With a rising population and net migration, especially from the EU, the mismatch between demand and supply is why we have the problem. Until Politician's have the backbone to realise the Country needs a lot more decent homes built, the problem will just get worse.

In the meantime, demand for rental property will continue to grow because people need a roof over their head at the end of the day ......fact.

For impartial advice on where to buy your next investment property please call me on 01664 569700 or pop into out Office on Burton Street.
Posted by Charlotte Baker at 3:12 PM