My concerns about the Melton Mowbray Property market 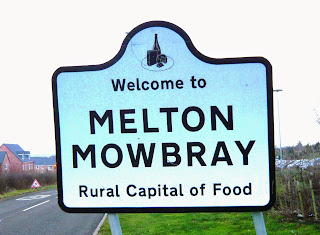 I am genuinely concerned about the Melton Mowbray property market, but in a way that might surprise you.

Rightmove announced that average ‘asking prices’ rose in July by 0.7% in the , leaving them 4.2% higher than a year ago.  Whilst it could be said that monthly change is very modest, in the same period a year ago, we saw a monthly fall of 1.9% in the East Midlands, which is more the norm given the onset of  schools breaking up and everyone going on holiday.

Looking at all the data on the Melton Mowbray property market; putting aside the need for more houses to be built in the next decade to balance out the increase in population (helped in part by inward European migration) but not matched by a similar increase in housing being built; my research shows there is a widening gap between what property buyers want and what is available to buy.  Many more buyers are looking for the smaller one and two bed properties (the typical terraced and smaller semi detached houses/apartments), whilst there are a larger proportion of the four and five properties, which are the typical semi detached /detached properties available.

In the last 15 years, the average terraced house in Melton Mowbray has risen in value from £42,164 to £118,129 whilst the detached house has risen in value from £107,862 to £264,500.  Nothing seems amiss until you look at the percentage growth.  The terraced has grown in value by 180% whilst the detached by only 145% meaning the gap between the inexpensive terrace’s and expensive detached properties has in percentage terms narrowed enormously (this isn’t just a Melton Mowbray thing, it has happened all across the Country).

I am concerned because more houses need to be built, not only in Melton Mowbray, but in the and the as a whole.  In particular, there is specific need for more affordable starter homes for the growing demand from both tenants (and the landlords that will buy them) and first time buyers.

The country needs 200,000 houses a year to be built to keep up with demand, let alone reverse the imbalance between demand and supply.  Last year, only 141,040 properties were built, the year before 135,510 and 146,850 in the year before that.  This means only one thing for Melton Mowbray landlords.  Unless David Cameron starts to rip up huge swathes of the British countryside and build on acres and acres of green belt, demand will always exceed supply when it comes to property for the foreseeable future.

Therefore, investment in the local Melton Mowbray property market as a buy to let investment could be the best move to make as the stock market investments are possibly on the wane.  Everyone is different and trust me, there are many pitfalls in buy to let.  You must take lots of advice and seek out the best opinion.  One source of opinion, specific to the Melton Mowbray property market is to pop into our office on Burton Street or give me a call on 01664 569700.
Posted by Charlotte Baker at 1:15 PM