Has Osborne killed the buy to let market in Melton Mowbray? 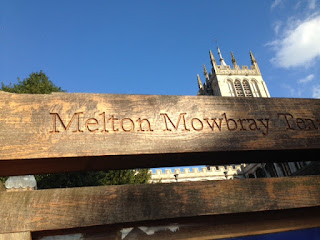 Well George Osborne, in his Autumn statement, caused Melton Mowbray landlords to ask whether buy to let is a viable investment option, when he announced that landlords, when buying another buy to let property from April 2016 will have to pay an additional 3% stamp duty on top of the standard rate.

Some say property in Melton Mowbray will be worth less because potential landlords will not be willing to pay as much for them, and if house builders or existing homeowners don't feel they are going to get as much for them, then there is less motivation to build / sell them?... and the person we can blame for this is George himself. Back in 2012, he chose to utilise the British housing market to kick start the UK economy, with  subsidies, Funding for Lending and Help to Buy.

Others say this is the straw that breaks the camel’s back as over the next four years Landlords will slowly lose the ability to offset all their mortgage interest against tax on rental income, after changes announced in the Summer Budget. At the moment, landlords can claim tax relief on buy to let mortgage monthly interest repayments at the top level of tax they pay (ie 40% or 45%).

However, over the next four years this will be reduced slowly to the basic rate of tax – currently 20%.
Surely this is the end of Buy to Let in Melton Mowbray? Probably.. but before we all run to hills panicking .. let me give you another thought.

Stamp Duty rules were changed in December 2014. Before then, landlords were eagerly buying up properties under the ‘old slab style Stamp Duty’ system. For example, the stamp duty bill on that £285,000 property was lower on the old slab style duty (pre Dec 2014), at £8,550, yet it isn’t a million miles away from new £12,800 stamp duty bill. Interestingly though, George has left a legal loophole in the new rules, because when it comes to selling up, they can offset purchase costs against any eventual capital gains tax, including stamp duty.

I believe that total returns from buy to let will continue to outpace other investments, such as the stock market, gilts, bonds and even pensions. Also, the best part about investing in property is that it is bricks and mortar. You can touch it, you can feel it, and it isn’t controlled by some City whiz kid in Canary Wharf .. the British understand property and that goes a long way!

Buy to let has enough impetus behind it that prospective landlords will continue to buy even with a larger stamp duty bill. Melton Mowbray landlords will need to be savvy with what property they buy to ensure the extra stamp duty costs are mitigated.   Buying buy to let property is a long term venture.
Now with these extra taxes, the adage of ‘any old Melton Mowbray house will make money’ has gone out the window.   You wouldn’t dream of investing in the stock market without at least looking in the newspapers or taking advice and opinion from others, so why wouldnt you take the same advice and opinion about buying a buy to let property in Melton Mowbray? please feel free to give me a call for honest, unbiased advice on potential buy to let investments. 01664 569700
Posted by Charlotte Baker at 1:30 PM