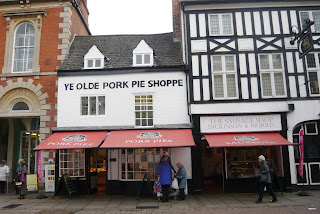 When one looks at the annual growth, Melton Mowbray values are 6.9% higher (when comparing Sept 14 to Sept 15), impressive when you consider the annual growth of property values dropped to only 0.7% per annum in May.

There are signs, however,  that the fundamental growth of property values in Melton Mowbray has now peaked, despite those average property values being below levels recorded in 2007 (just before the 2008 crash).

Whilst the Melton Mowbray headline rate appears to be better, i.e. the year on year (Sept 14 to Sept 15) growth rate of 6.9% is obviously better than the drop of 0.7% in May 14 to May 15), this impressive rise of Melton Mowbray property values masks the underlying truth in what is really happening to local property values in the town.

Throughout 2015, property values have been yo-yo like on a month by month basis, for example,


This is in part due to seasonal factors, as well as mortgage approvals increasing over June and July then falling by over 15% in August, according to the Council of Mortgage Lenders (CML).

The outlook for the Melton Mowbray property market remains positive against the foundations of low mortgage rates and growing consumer confidence.

Readers might be interested to note that before the 2008 property crash, all the UK region’s housing markets tended to move up and down in tandem.   Since then though, the Greater London property market took off like a rocket in 2009/10, whilst the rest of the UK only really started to grow in 2012/13, and even then that growth was a lot more modest than the Capital’s.

I cannot stress enough the importance of doing your homework.

One source of information and advice is the Melton Mowbray Property Blog where I have similar articles to this about the Melton Mowbray property market and what I consider to be the best buy to let deals around at any one time in the town, irrespective of which agent it is on the market with.  please feel free to give me a call 01664 569700
Posted by Charlotte Baker at 4:14 PM